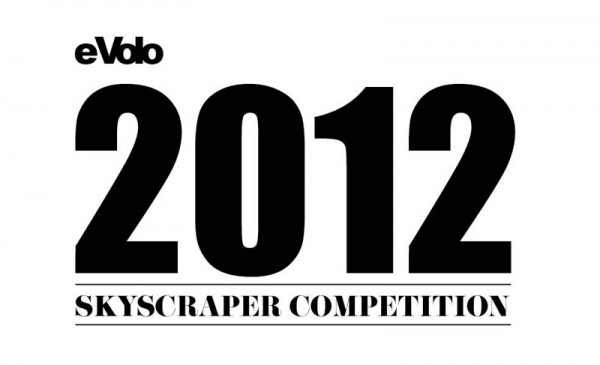 eVolo Magazine is pleased to invite architects, students, engineers, designers, and artists from around the globe to take part in the eVolo 2012 Skyscraper Competition. Established in 2006, the annual Skyscraper Competition is one of the world’s most prestigious awards for high-rise architecture. It recognizes outstanding ideas that redefine skyscraper design through the implementation of novel technologies, materials, programs, aesthetics, and spatial organizations along with studies on globalization, flexibility, adaptability, and the digital revolution. It is a forum that examines the relationship between the skyscraper and the natural world, the skyscraper and the community, and the skyscraper and the city.

The participants should take into consideration the advances in technology, the exploration of sustainable systems, and the establishment of new urban and architectural methods to solve economic, social, and cultural problems of the contemporary city including the scarcity of natural resources and infrastructure and the exponential increase of inhabitants, pollution, economic division, and unplanned urban sprawl.

The competition is an investigation on the public and private space and the role of the individual and the collective in the creation of a dynamic and adaptive vertical community. It is also a response to the exploration and adaptation of new habitats and territories based on a dynamic equilibrium between man and nature – a new kind of responsive and adaptive design capable of intelligent growth through the self-regulation of its own systems.

There are no restrictions in regards to site, program or size. The objective is to provide maximum freedom to the participants to engage the project without constraints in the most creative way. What is a skyscraper in the 21st century? What are the historical, contextual, social, urban, and environmental responsibilities of these mega-structures?

eVolo Magazine is committed to continue stimulating the imagination of designers around the world – thinkers that initiate a new architectural discourse of economic, environmental, intellectual, and perceptual responsibility that could ultimately modify what we understand as a contemporary skyscraper, its impact on urban planning and on the improvement of our way of life.

Architects, students, engineers, and designers are invited to participate in the competition. We encourage you to have multidisciplinary teams.

After your registration has been approved eVolo will send the registration number, which will be necessary for submission boards.

This is a digital competition and no hardcopies are necessary. Entrants must submit their proposal via email no later than January 24, 2012 (23:00 hours US Eastern Time) to the following email address:Ova e-maila adresa je zaštićena od spambotova. Omogućite JavaScript da biste je vidjeli.. Participants can send their entries through yousendit.com (free) or similar if the files exceed 10mb or their email capacity.

The project submission must contain the following files:

Winners and special mentions will be published in several print magazines including eVolo_06.